Mirado Tech Talks - HTTP/2, the good, the bad and what's next

Mirado Consulting was kind enough to host a meetup, with appropriate food & drinks. By that I don't mean the pencil company: 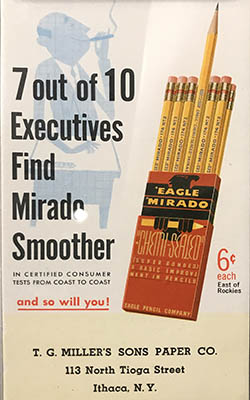 ... but a software development consulting agency in Stockholm. 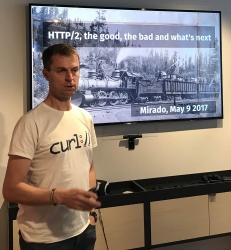 ... there to talk about HTTP/2 and QUIC, major improvements on HTTP-protocol. His work with network protocols at Mozilla, as author of libcurl/curl and as member of IETF's HTTPbis work group gives a pretty good picture what's happening at the HTTP-scene today. His presentation was titled HTTP/2, the good, the bad and what's next. In that he covered shortcomings of HTTP/1.1, benefits and shortcomings of HTTP/2 and a very likely future of moving away from TCP-based transport protocol into UDP-based QUIC.

Two tidbits from his presentation:

So, it looks like HTTP/2 isn't going to save us from performance bottlenecks of HTTP/1.1 after all. Hence, QUIC.

About CA certificate handling on a Linux system

Finally, as I've written number of posts about TLS/SSL/HTTPS and one of them was about curl's really clumsy way of handling own CA-certificates. Also, I've always hated the fact, that if I'm running Firefox and curl on a Linux and want to add my own CA-root cert there, I need to do that three times:

IMHO that's two times too many! On a macOS you do that only once to the keychain and even curl will use that (yes, I confirmed from the man himself).

The reason is Mozilla's policy. NSS, or Network Security Services, a library written by Mozilla is boasting their FIPS 140 Validation and NISCC testing success, which a plain PEM-file in OpenSSL won't provide. That's why they insist on using NSS as storage and making us regular users suffer the pain of having multiple sources of truth.

Thank you Mirado Consulting for hosting a great event and Daniel for a great presentation!