Now that EU is doing yet another round on Common charger for mobile radio equipment 2019/2983(RSP), it inspired me to take a closer look on USB-C or USB 3.1 cables.

I got me a couple of cables:

One USB-C cable is for micro-USB and another is for Apple's Lightning connector. More details about the Apple-cable can be found from support article About the Apple USB-C to Lightning Cable. They claim, that some iPads/iPhones would go up to 96W on a compatible charger. Qualcomm Quick Charge @ Wikipedia has more details on that.

This is my test set: 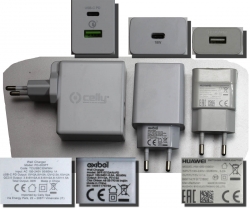 To get a real slow rate of charging, an ancient 2.5W USB-charger could also be measured. As an impatient person, I don't think I own such a device anymore, so I couldn't measure it's slowness.

Then I took my iPhone 8: 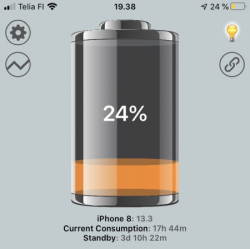 It wasn't completely drained. The thing with Li-Ion charging is to avoid the battery heating. Given the chemical reaction in a Li-Ion cell on charging, it is not possible to pump too much current to a cell while maintaining efficiency both on energy and time. A typical charging cycle follows a very careful formula charging the cell more when it's drained and less when it's reaching full capacity.

My testing was around 20% capacity. Here are the measurements: 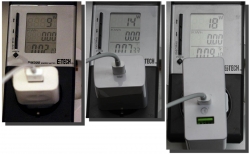 Note: Obviously my measurements are from the wall socket. Not all the energy goes to the iPhone, as there will be some loss on the charger itself.

Conclusions:
An iPhone 8 won't be using the Apple-mentioned 96W, no matter what. The measured 18W is a lot more than USB2.0 can do, meaning the actual charging will be LOT faster on an near-empty battery. Note: it is not possible drain Li-Ion cell completely, your phone will shut down before that happens. If I'm happy to get 80% capacity to my iPhone, charging for that will happen in half the time I can get with a regular 10W charger. During charging, as the capacity increases, the rate of charging will decline, a lot. For the remaining 20% I won't benefit from USB-C charger.

Additional note:
iPhone 8 won't sync data via USB-C. That's really weird. For data, an USB2.0 Lighting cable is required. On my iPad, an USB-C cable works for both charging and data. 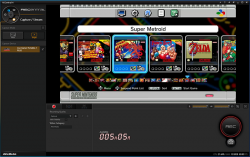 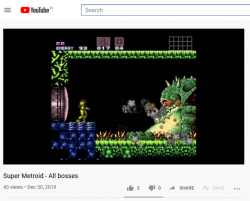