With bit of a lucky strike, I got a possibility of purchasing one. Ok, lots of luck happened. Bottom line: now I own one of the most coveted gaming consoles. For anybody reading this in 2023 (or after) this entire lack of Playstations will be mostly ignored. 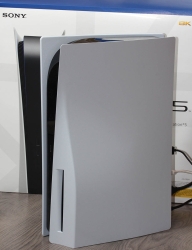 Back of the unit: 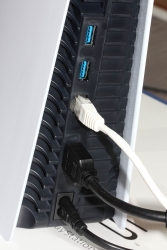 In PS3, there was mini-USB, PS4 had micro-USB and now there is USB-C. For an owner of all three mentioned consoles, I just "love" finding the correct cable for charging.

The good thing is, this controller is fully supported in Windows via DS4Windows to enable X-box controller emulation: 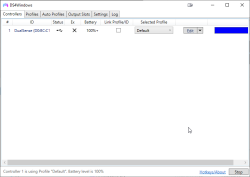 The bad thing about DS4Windows is for the software author Mr. Nickles (aka. Ryochan7) got pissed about the issues posted to the project's GitHub page https://github.com/Ryochan7/DS4Windows, so he decided to cease working on it. Luckily there are fans of the software, hence fork https://github.com/shazzaam7/DS4Windows. It is still uknown if this software will be supported and if yes, for how long.

After getting the thing running, the lack of content hit me. Pretty much everything I tried was from my PS4. For example Gran Turismo Sport (the PS4-version) works ok. And on March 4th I will get more native-PS4 content in form of Gran Turismo 7. But until then, it's just a super-fast PS4 for me.

Update:
I did pre-order Gran Turismo 7 which is to be released in beginning of March 2022.