Internet in a plane - Really?

Internet in a plane - Really?

Last week I was sitting in an aeroplane and while being bored, I flicked the phone on to test the Wi-Fi. Actually, I had never done that before and just ran a Speedtest: 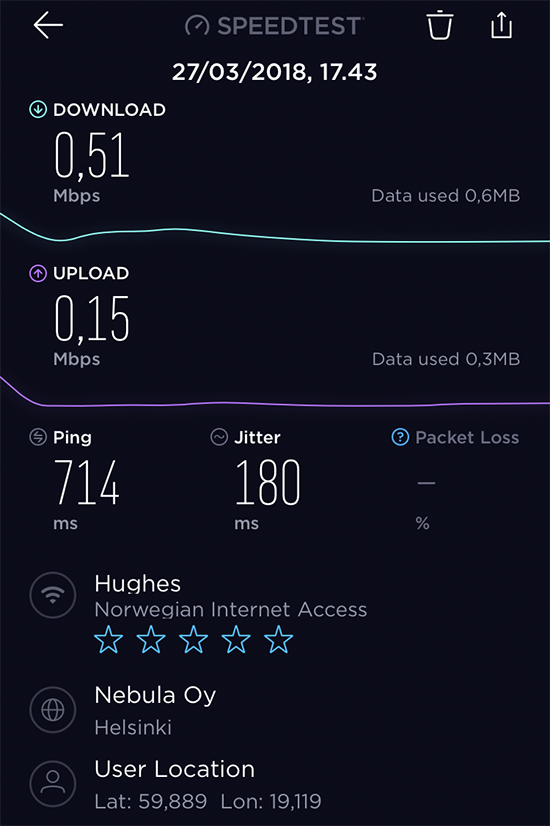 Yup. That's the reason I had never done that before. 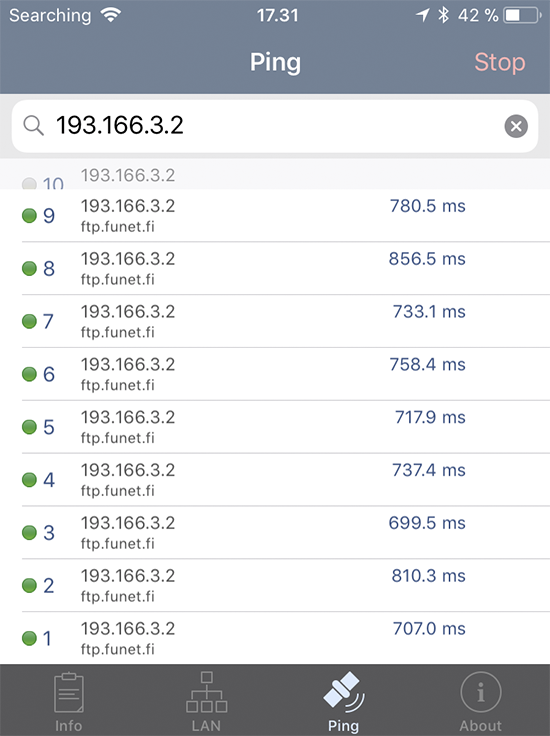 As expected, round-trip time was horrible. Definitely a satellite link. Or ... is it? But the answer to the topic's question is: no. There is no real Internet access mid-flight.

The exit IP-address was in /24 block of 82.214.239.0/24 belonging to Hughes Network Systems GmbH. I took a peek into Hughes Communications Wikipedia page at https://en.wikipedia.org/wiki/Hughes_Communications and yes. They have a German subsidiary with the same name.

After I landed and was in safe hands of a 150 Mbit/s LTE-connection, I did some more googling. Side note: When your internet access gets a 100x boost, it sure feels good!

There is a Quora article of How does Wi-Fi internet access in an airplane work? It has following diagram: 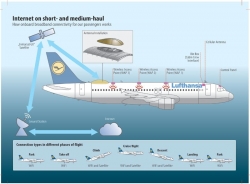 That suggests a satellite connection. Also I found The Science of In-Flight Wi-Fi: How Do We Get Internet At 40,000 Feet? from travelpulse.com, but it had some non-relevant information about a 3G-connection being used. That surely was not the case and I seriously doubt, that in Europe such a thing would be used anywhere.

Ultimately the issue was closed when I found the article Row 44 to begin installing connectivity on Norwegian's 737-800s from flightglobal.com. So, it looks like company called Row 44 does in-flight systems for commercial flights. They lease the existing infrastructure from HughesNet, who can offer Internet connectivity to pretty much everywhere in the world.

Wikipedia article Satellite Internet access mentions, that number of corporations are planning to launch a huge number of satellites for Internet access. Hm. that sounds like Teledesic to me. The obvious difference being, that today building a network of satellites is something you can actually do. Back in IT-bubble of 2001, it was merely a dream.