Is Ubisoft really going to pull a Nokia?

My obvious reference is to every Finn's favorite corporation Nokia. They ruled the mobile phone industry by having the best network equipment and best handhelds. Ultimately they managed (pun: unmanaged) to lose their status on both. For those who don't know all the dirty details, an excellent summary is for example Whatever Happened to Nokia? The Rise and Decline of a Giant.

Ubisoft's recent actions can be well summarized by what happened today (18th Jan 2020). I opened Uplay on my PC: 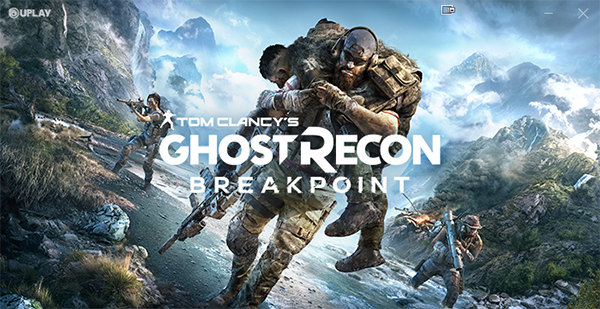 Obviously, given how Ubisoft manages their business, I couldn't play it.

On Twitter, they're stating "We're aware of the issues affecting connectivity on multiple titles and the ability to access Cloud Save data on Uplay PC." Looks like that statement isn't entirely true. Other comments include "Its just not pc players, it's on the xbox too." Mine and other gamer's frustration can be summarized well on this tweet "When you finally get a Saturday to just play and grind it out there's an outage..AN OUTAGE ON A Saturday.... WTF!!!"

This isn't especially rare incident. They were down on Ghost Recon Breakpoint's launch day too. PCgamer has an article about that. A quote:

"Ghost Recon Breakpoint is out today, but unfortunately you may not be able to play it right now.
Users trying to connect to the game are experiencing a few different errors: The servers are not available at this time."

Not only they made a serious mess with the latest Ghost Recon by incorporating game mechanics from The Division. You will be looting constantly, most of your "precious" loot is pure junk. You won't need it, want it, but new unnecessary items will keep adding to your inventory. Unlike The Division (and Division 2), in Ghost Recon Breakpoint they don't offer you any tools or mechanism to maintain your ever-filling inventory. Also, they added a character level to the game. Completely not what Ghost Recon Wildlands had. To me that's blasphemy! Ghost Recon series isn't an role playing game!

When talking about other recent Ubisoft releases, Far Cry series has always been very high on my favorite games. Then came the Far Cry 5, and one of the worst ever episodes in the entire video gaming history. In comparison, I think ET in Atari2600 is a good game! In the Far Cry 5 game, there are three regions to free from oppressors (mostly by killing, destroying and blowing up their stuff). One of the regions is illegal drugs related. Gameplay in that region includes hours and hours of dream sequences, which you cannot bypass! To make it worse, some of the uttely stupid dream sequences are "interactive". You have to press forward for 15 minutes to make game progress. If you won't, nothing will happen (I tested and waited for an hour). What sane person designed that!!? What sane gamer would think that's fun?

Also I'm hugely annoyed by the fact, that in any of the three regions when story progresses, you will be kidnapped. The kidnapping will happen and you cannot prevent it. Oh, why!? The kidnapping will happen even if you're in the middle of flying of an aircraft. A person will come, while you're mid air and grab you! That kinda yanks you away from immersing into the game's universe. I know games aren't supposed to be realistic, but there has to be SOME rules and limits.

This string of mistakes and errors of Ubisoft didn't go unnoticed. A recent announcement of Ubisoft revamps editorial team to make its games more unique was issued. A quote: "However, following the disappointing sales performance of 2019 titles The Division 2 and Ghost Recon Breakpoint" Well, that's what you end up having. Bad games will result in bad sales. The Division 2 didn't offer anything new from The Division. Instead of roaming around New York's winter, you're in Washington DC during summer. That's it. Any gamers were seriously let down by the lack of new elements to the game. Ghost Recon Breakpoint, that one they seriously messed up. Again, a serious letdown, resulting in bad sales.

When talking about Ubisoft's "ability" to mismanage technical issues, they're world class in that! World class fuckups, that is. Given my expertise on managing application on arrays of servers, I personally know what can go wrong with a set of game servers. I been there, done it and even got the T-shirt about that. What's surprising here, is their ability to do the same mistakes over and over again. Their SRE (or Service Reliability Engineering) is utter crap. Heads should roll there and everybody incompetent should be fired.

In the above announcement to make things better, they do mention word "quality" couple of times. Ghost Recon Breakpoint is an excellent example of non-quality. I simply cannot comprehend what QA-people where thinking when they played the game in hard difficulty level. To increase difficulty, all bots, turrets and non-player characters gain ability to see trough smoke, dust, trees and foliage. That's really discouraging for a gamer like me. I'm a huge fan of Sniper Elite -series, where hiding is a huge part of the game. Here you'll revert back to Far Cry 2 game mode, where visual blocking simply won't happen. If material you're hiding behind allows bullets to pass, you're toast! Second really serious issue is ladders. I have no idea, why didn't they implement ladders the same way ALL the other Ubisoft titles do. In Breakpoint, it takes multiple attempts to use ladders, up or down. And this doesn't include the elevation bug introduced in November 2019 update. If you traverse to a high enough location, your game will crash. Every. Single. Time. Given, this game's map has mountains and some missions are on mountain peaks, it would make sense to fix the dreaded altitude bug fast. But nooooooooh! As of today (18th Jan 2020), the bug already celebrated it's two month birthday. No update on WHEN this will be fixed, no information, no fix, just crash.

Also I won't even begin to describe why my Uplay account doesn't have email address verified, apparently their vendor for emails cannot handle TLDs with more than three characrers. By contacting Ubisoft support, I got instruction to use a Google Mail account for Uplay. I did that, I got myself a .gaming -domain and registered that as my email. Doesn't work. They cannot send me any verification mails. As an example, I'd love to post this rant to Ubisoft Forums. I cannot, as my email address, where they can sell me games and send suggestion from support cannot be verified.

To conclude: I won't be sending any of my money to Ubisoft. Not anymore.
Far Cry series, for me, is finished. I won't be eyeballing any more ridiculously long and stupid dream sequences.
The Division, been there, done it. Adding difficulty to the game by introducing huge amounts of almost indestructible enemies really won't cut it for me.
Ghost Recon... well... I'll be playing Wildlands. That's the last good one in that series.
Watch Dogs, a remake of Far Cry 3 into modern urban world. Even the missions were same. Watch Dogs 2 wasn't that bad, but still. I think I've seen that universe not evolve anymore.
Ultimately, I won't be anticipating any of the upcoming Ubisoft releases. Ubisoft's ability to produce anything interesting has simply vanished.

Take my suggestion: Don't send any of your money to them either.

PS. Connectivity issues still persist. In three hours Ubisoft hasn't been able to fix the issue, nor provide any update on ETA.
by Jari Turkia in Gaming at 19:18 | Comments (0) | Google | Share in LinkedIn