... or any (un)social media activity.

IMHO the mentioned "social" media isn't. There are statistics and research to establish the un-social aspect of it. Dopamin-loop in your brain keeps feeding regular doses to make person's behaviour addicted to an activity and keep the person leeching for more material. This very effectively disconnects people from the real world and makes the dive deeper into the rabbit hole of (un)social media.

What most of the dopamin-dosed viewer of any published material keep ignoring is the peak-of-an-iceberg -phenomenon. What I mean is a random visitor gets to see something amazingly cool. A video or picture depicting something that's very impressive and assume that person's life consists of a series of such events. Also humans tend to compare. What that random visitor does next is compares the amazing thing to his/hers own "dull" personal life, which does not consist of a such imaginary sequence of wonderful events. Imaginary, because reality is always harsh. As most of the time we don't know the real story, it is possible for 15 seconds of video footage to take months or preparation, numerous failures, reasonable amounts of money and a lot of effort to happen.

An example of harsh reality, the story of me trying to get a wonderful piece of tech-blogging published.

I started tinkering with a Raspberry Pi 4B. That's something I've planned for a while, ordered some parts and most probably will publish the actual story of the success later. Current status of the project is, well planned, underway, but nowhere near finished.

What happened was for the console output of the Linux to look like this: 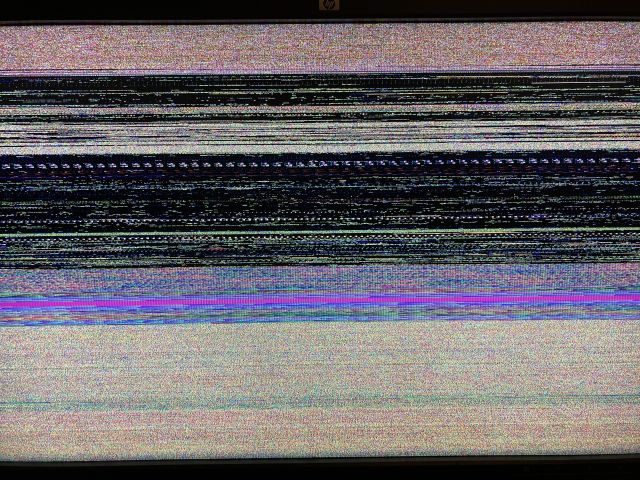 That's "interesting" at best. Broken to say the least.

For debugging of this, I rebooted the Raspi into previous Linux kernel of 5.8 and ta-daa! Everything was working again. Most of you are running Raspian, which has Linux 5.4. As I have the energy to burn into hating all of those crappy debians and ubuntus, my obvious choice is a Fedora Linux Workstation AArch64-build.

To clarify the naming: ARM build of Fedora Linux is a community driven effort, it is not run by Red Hat, Inc. nor The Fedora Project.

Ok, enough name/org -talk, back to Raspi.
When in a Linux graphics go that wrong, I always disable the graphical boot in Plymouth splash-screen. Running plymouth-set-default-theme details --rebuild-initrd will do the trick of displaying all-text at the boot. However, it did not fix the problem on my display. Next I had a string of attempts doing all kinds of Kernel parameter tinkering, especially with deactivating Frame Buffer, learning all I could from KMS or Kernel Mode Setting, attempting to build Raspberry Pi's userland utilities to gain insight of EDID-information just to realize they'll never build on a 64-bit Linux, failing with nomodeset and vga=0 as Kernel Parameters to solve the problem. No matter what I told the kernel, display would fail. Every. Single. Time.

It hit me quite late in troubleshooting. While observing the sequence of boot-process, during early stages of boot everything worked and display was un-garbled. Then later when Feodra was starting system services everything fell. Obviously something funny happened with GPU-driver of Broadcom BCM2711 -chip of VideoCore 4, aka. vc4 in that particular Linux-build when the driver was loaded. Creating file /etc/modprobe.d/vc4-blacklist.conf with contents of blacklist vc4 to prevent VideoCore4 driver from ever loading did solve the issue! Yay! Finally found the problem.

All of this took several hours, I'd say 4-5 hours straight work. What happened next was surprising. Now that I had the problem isolated into GPU-driver, on IRC's #fedora-arm -channel, people said vc4 HDMI-output was a known problem and was already fixed in Linux 5.11. Dumbfounded by this answer, I insisted version 5.10 of being the latest and 5.11 lacking availability. They insisted back. Couple hours before me asking, 5.11 was deployed into mirrors sites for everybody to receive. This happened while I was investigating failing and investigating more.

There is no real story here. In pursuit of getting the thing fixed, it fixed itself by time. All I had to do is wait (which obviously I did not do). Failure after failure, but no juicy story on how to fix the HDMI-output. On a typical scenario, this type of story would not get published. No sane person would shine any light on a failure and time wasted.

However, this is what most of us do with computers. Fail, retry and attempt to get results. No glory, just hard work.