This is something that has been bugging me since November. In my post about different models, I stated that I have a u-12 (and still do). Last year I did setup a s-22 to a friend and got to see that it is pretty much the same. However, "pretty much the same" is not exactly the same.

The s-22 is a newer model and it has been well established, that it has a TDD 2600 MHz added into it. All the FDD frequencies are exactly the same than in u-12.

In the comments of my post, a user suggested that s-22 differs from u-12 by having only one USB-connector. At the time I was unable to find proof of that, all the pictures I could found of alleged s-22 units had no difference for a u-12 unit.

Now the situation has changed. In my ventures of the wonderful Internet I found an article What's the difference between HUAWEI B593s-22 and B593u-12? and it has a picture of both units side by side in it. Nice! But which one is which? 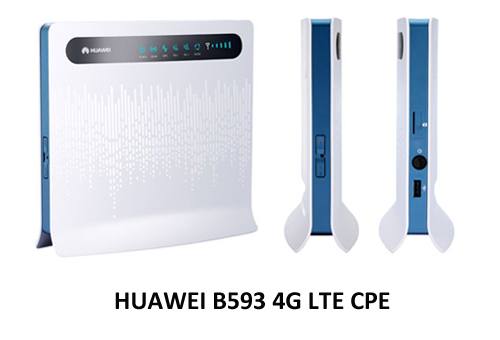 Also to close the case I also found a vendor page with a nice picture of s-22 in it, see HUAWEI B593s-22 4G LTE CPE [B593s-22]. It has a picture of the unit in the page, and their s-22 looks exactly the same than the left unit in the picture, and exactly NOT the same than my u-12. Apparently s-22 does not have a power switch, it lacks the side USB-connector and SIM-card -slot has been changed into a tray. Lot of differences to spot, actually.

So I'm confident that s-22 is very much re-designed both in hardware and firmware. The hardware side is surely changed because of the new(ish) 4G TDD radio interface. And while Huawei engineers were at it, they changed also the firmware in number of ways, one of them being to resist hacking attempts better than their 1st gen version did. This is also a well established fact, s-22 firmware has a completely different structure than u-12 firmware.

Now me and everybody else should be able to identify the units by a simple visual inspection.