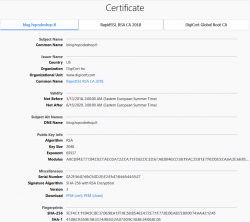 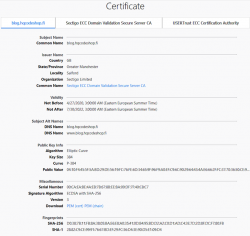 Neighbourhood. In The Internet. There is a chance you live in one. It is not likely, but entirely possible. Most ISPs offering services to you are NOT bad ones.

This idea of a "bad neighbourhood" comes from University of Twente. Back in 2013 Mr. Moura did his PhD thesis titled "Internet Bad Neighborhoods". Summary:

Of the 42,000 Internet Service Providers (ISPs) surveyed, just 20 were found to be responsible for nearly half of all the internet addresses that send spam. That just is one of the striking results of an extensive study that focused on “Bad Neighborhoods” on the internet (which sometimes correspond to certain geographical areas) that are the source of a great deal of spam, phishing or other undesirable activity.

In plain text for those allergic to scientific abstracts: Based on 2013 study, 0.05% of all Internet Service Providers are responsible for 50% of the trouble. (Some of you'll say 99% of all studies are crap, but this one falls into the 1%.)

How can you detect a "bad neighbourhood"?

Oh, that's easy! Somebody from such a neighbourhood will send you spam. They'll send you links to malware. They port-scan you. They try to guess your passwords in SMTPd, SSHd or whatever their scanning revealed about you.

The theory is: That person "lives" (not necessarily IRL live, but Internet live) near other such criminals and wanna-be-criminals. Such people will find safe harbour within ISPs or hosting providers with lax security and/or low morale. Offenders find other like-minded cohorts and commit their cyber crime from that "neighbourhood".

Ok, I know an IP-address of a spam sender, what next?

Today, most people are using their email from Google or Microsoft or whatever cloud service. Those companies hire smart people to design, develop and run software to attempt to separate bad emails from good emails. Since I run an email server of my own, I have the option (luxury!) of choosing what to accept. One acceptance criteria is the connecting client's IP-address.

Off-topic: Other accepting criteria I have is standards compliance. Any valid email from Google or Microsoft or other cloud service provider will meet bunch of standards, RFCs and de-facto practices. I can easily demand a connecting client to adhere those. A ton of spammers don't care and are surprised that I'll just kick them out for not meeting my criteria. Obviously it won't stop them, but it will keep my mailbox clean.

On a connection to my SMTPd I'll get the connecting client's IP-address. With that I do two things:

For a passing spam a manual process is started. From connecting client's IP-address first I'll determine the AS-number (see: Autonomous system (Internet) @ Wikipedia). Second, from the AS-number I'll do a reverse listing of CIDRs covered by that ASN.

Credit: Above picture is borrowed from https://www.noction.com/knowledge-base/border-gateway-protocol-as-migration.

In the above picture, I'm Customer C on green color. The CIDR assigned to me by my ISP B is 192.168.2.1/24. The spammer attempting to send me mail is at Customer D on red color. As an example, let's assume the sending mail server will have IP-address of 192.168.1.10. Doing an ASN-query with that IPv4 will result in AS 64499. Then I'll do a second ASN-query to query for all the networks assigned for AS 64499. That list will contain one entry: 192.168.1.1/24. Now I can block that entire CIDR as a "bad" one. Effectively I have found one "Internet Bad Neighborhood" to be added into my blocking list. In reality I don't know if all IP-addresses in that network are bad, but I can assume so and won't get punished by doing so.

The only real "punishment" for me is the cardinal sin of assuming. I do assume, that everybody in that neighbourhood are as evil as the one trying to spam me. Unfortunately for the "good ones" in that network, blocking the entire network so is very very effective. The level of trouble originating from that neighbourhood comes down really fast.

Doing all the queries and going to different databases manually is obviously tedious, time-consuming and can be easily automated.

A tool I've used, developed an ran for many years is now polished enough and made publicly available: Spammer block or https://github.com/HQJaTu/spammer-block

In the README.md, I describe my Postfix configuration. I do add a file /etc/postfix/client_checks.cidr which I maintain with the list CIDRs of known spammers. The restriction goes into Postfix main.cf like this:

That's it. No need to map a CIDR-file. Just remember to reload the postfix after changing the CIDR-list to make sure the new list is in effect of Postfix listener.

This is the reason I didn't publish the Spammer block -project year ago. My Python-tool is using ipwhois-library for the heavy lifting (or querying). It is a well-written handy library doing just the thing I need in this project. However, (yes even this one has a however in it) ipwhois is using RADb (https://www.radb.net/) for source of information. My experience is, that when specifically talking about list of CIDRs contained in an AS-number, RADb is not perfect source of information. To fix this, I wrote an improvement of ipwhois adding ipinfo.io as an alternate ASN data source. A developer can make a choice and use the one source suiting the project.

There is a catch. ipinfo.io doesn't allow free users more than 5 ASN-queries / day / IP-address. By creating an account and paying for their API-usage that limitation can be lifted. Also, their information about CIDRs in AS-number is accurate. This is a prime example why I love having options available.

Unfortunately for me and most users requiring ASN-queries, the author of ipwhois didn't approve my improvement. You may need to install my version from https://github.com/HQJaTu/ipwhois instead. Obviously, this situation is not ideal. Having a single version would be much better for everybody.

That's it. If you receive spam from unknown source, run the script and add results to your own block-list. Do that couple weeks and your amount of spam will reduce. Drastically!

I'm open for any of your comments or suggestions. Please, don't hesitate to send them.

An end is also a beginning, Part II 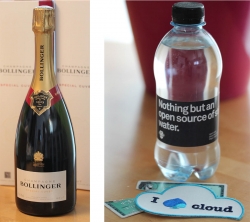 Today I'm celebrating. A number of reasons to pop the cork from a bottle of champagne.