I wrote couple of posts about Windows 10 upgrades, but there are no more free upgrades. See:

From now on, you'll just have to pay for it.

There are couple of issues I bumped into while upgrading about dozen PCs last month alone and I'll be blogging about those later. There is no rush, as the free upgrade window closed (pun intended). 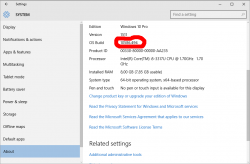 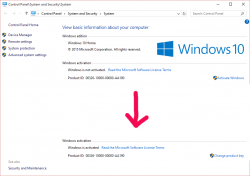 Windows 10 weeks: Getting an activated Windows 10 Pro for free

I'd like to be clear on this: I did not figure this one out myself, I just bumped into Philip Yip's page about this. All the credit should go to him, I just tested this and confirmed it to be working.

One of the upgrades I did earlier this month was for a Windows Vista. Computer geeks point out two things immediately: 1) Vista! Really? Who would use that voluntarily? 2) well, it cannot be upgraded into Windows 10. Both very true. It just so happened, that there was an OEM Vista running on a computer. Vista will cease to have security upgrades on 10th April 2017, so I suggested to upgrade the thing into a 10 while I did some other work on the thing. Obviously the person owning the poor computer didn't want to pay for the upgrade, so I chose to go with Mr. Yip's method on it.

For this to happen you will need:

Also please note, that there is NO UPGRADE possibility here. This is effectively a fresh install. If you choose to re-install on top of your existing Vista installation, please take care no to lose any precious data. I installed a bigger hard drive to the computer, so I made sure that the old drive was intact during this process.

This is how the entire process goes:

This process worked for me on 5th July 2016. I don't think this has anything to do with July 29 free upgrade -limitation.

Also I'm sure guys at Microsoft keep track of their installations. They'll know exactly how many licenses they gave out using this method. My thinking is, that they simply don't care. Pretty much all of the competition is giving out operating systems for free and they cannot for some strange reason. Anybody choosing this method needs to be aware, that in an unfortunate scenario they would deactivate all licenses distributed this way.

Happy installing! I know I created one ex-Vista user very happy with this. 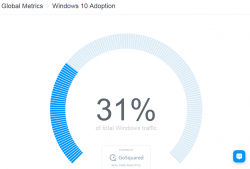